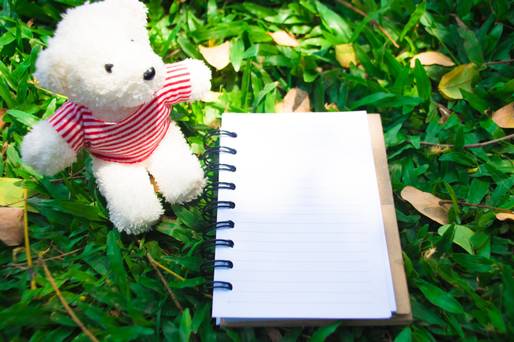 Please allow me to introduce you to the world of BearBnB. My first encounter with this phenomenon was when my daughter was in creche, and one day she came home with a teddy bear and a copybook coated in sparkles. Teddy, she announced, was going to be our guest for the week, but unlike most guests who you can just plonk in front of the TV, this guest’s visit was to be documented in the journal.

As this was our first time hosting a teddy, and our daughter was our first child and therefore we put some actual effort into her childhood, we decided to give it our best shot. First we did our research by reading back over other entries to see what other people did with teddy, and it soon became clear that this really wasn’t about showing teddy a good time, but an exercise in showing every other parent how fantastically well you were doing.

No expense was spared in hosting teddy back in the glory days of Celtic Tiger Ireland – pony trekking, visiting new-builds and various property investments of the hosts, spins in new SUVs – teddy was receiving the sort of treatment usually reserved for heads of state or rappers.

I can still remember the sinking feeling as we leafed through teddy’s adventures with the soon-to-be-struggling classes, not a care in the world. All he was short was a little four-poster bed fashioned out of Anglo Irish share certs. We could never compete with these people, and unsurprisingly, we are still incapable of competing with them.

Our most recent BearBnB guest came with slightly lower expectations. Reading back through the journal, teddy was brought to an open farm, did a bit of birdwatching and visited an aquarium, all fairly achievable goals for the average host.

Sadly, our slot with teddy came during the economic cryosleep of mid-January, where you try to sit perfectly still until payday for fear you accidentally spend money by breathing too loudly. So we played hide and seek in the house, ate my budget bolognese (it’s basically ketchup and noodles) in the house, and took grainy photos to make it seem like our house isn’t a grotty kip, just in case whoever gets teddy next ends up with conjunctivitis.

We tried to dress it up with some colourful text, but nothing could disguise the fact that we failed as hosts, just as we fail as parents. After all, teddy wasn’t sent home to us as punishment, but as a reward as our youngest child had a good day in creche. In other words, most of his days are bad ones.

Since he was born, he has been a handful, with a particular penchant for screaming, one that we assumed would dissipate once he realised that this wasn’t how we communicate as a species as we are not buzzards. But still he screeches.

It seems incongruous that someone who might be sensitive to noise spend so much of his time screaming like a banshee, but apparently this is a coping mechanism, and the long-suffering creche staff even went out and bought him a pair of industrial ear protectors so when the rest of the little ones are having a sing-song, he won’t try to run and hide in the playhouse. It’s a bit like a silent disco, except the other way around.

It warmed my heart to hear that my son had a day without incident, when he didn’t scream the place down, or go into a fit of rage, or fling toys around the room because someone tried to sing a verse of ‘The Wheels On The Bus’.

It gave me a glimmer of hope that this might just be a phase, and not a sign that he is just bonkers. So, while I may grumble about our uninvited guest, in reality, it was a happy affair, and I hope that teddy takes a similar view the next time he logs on to TripAdvisor to give us a barely deserved one-star review.