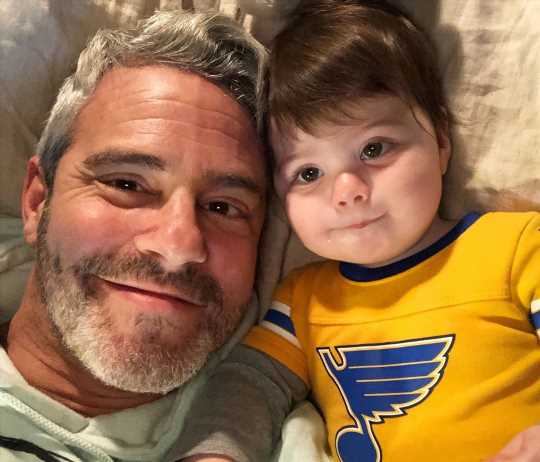 After joining the world in February, the now-9-month-old graced the cover of PEOPLE — and now, he has earned the title of PEOPLE’s Cutest Baby Alive in this year’s Sexiest Man Alive issue.

“Fatherhood is a new adventure every day, and watching Ben grow has been a total joy and eye-opening joy ride,” the Watch What Happens Live host, 51, says in PEOPLE’s Sexiest Man Alive issue.

In Benjamin’s first nine months alone, he has already met Dad’s famous friends like Kelly Ripa and Mark Consuelos, Anderson Cooper, Jimmy Fallon and Vicki Gunvalson. And of course, he formed a close bond with Cohen’s rescue dog Wacha right off the bat.

Baby Ben even got to visit Cohen at work at the Bravo Clubhouse and joined Dad on trips to the Hamptons over the summer. Back at home, the father-son duo cheer on the Bravo star’s favorite teams: the St. Louis Cardinals and the St. Louis Blues.

In February, Cohen opened up about finding a surrogate to bring his dream of being a dad to fruition.

“I worked with an incredible surrogate,” he told PEOPLE at the time. “She was in California. Surrogacy is illegal in so many states, including New York. I don’t understand why. It’s a voluntary process, obviously.”

“My surrogate just viewed it as, she was giving me the ultimate gift. She gave me life,” Cohen added. “So I’ll be forever indebted to her.”

The surrogate gave birth to Benjamin on Feb. 4 with the Bravo star in the room. “I had been hoping that he would have a full head of hair, and he really overdelivered,” Cohen joked at the time. “That was the first thing you see, the head of hair coming out. And I was amazed.”

Now with almost 10 months of parenthood under his belt, the proud dad says the ups and downs of having a baby have been more than worth it.

“It can feel overwhelming,” Cohen admits of raising Benjamin. “But when he looks back at me and smiles or laughs at something I say, everything feels right.”

For more on the Sexiest Man Alive — and all the hottest guys in Hollywood — click here and pick up this week’s issue, on stands Friday.