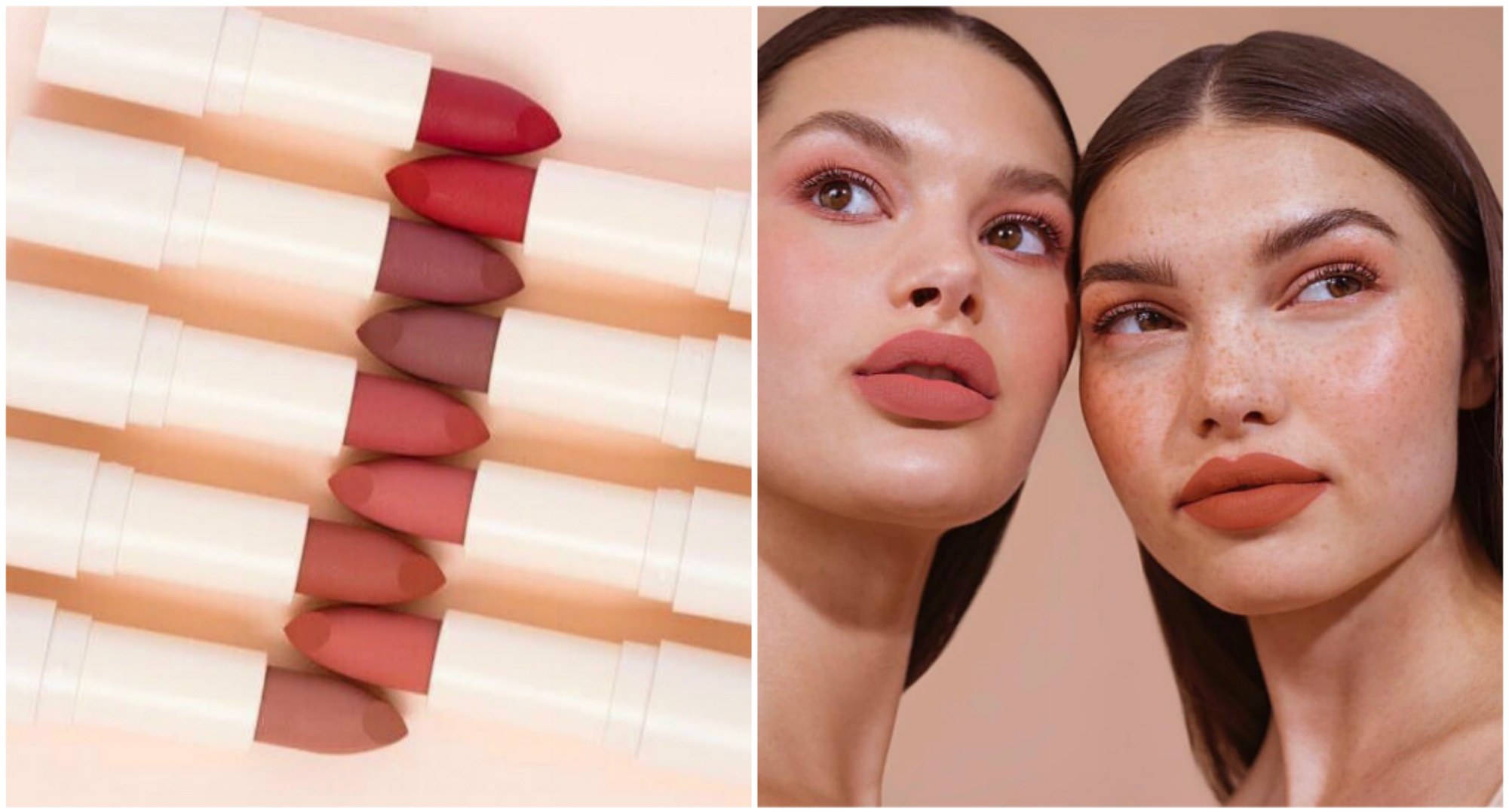 Who would've thought that a makeup brand could kick some serious business butt by selling just one product? Not the founders of Sunnies Face, that's for sure. And yet, Martine Ho, Georgina Wilson, Jess Wilson, Bea Soriano-Dee, and Eric Dee — yes, there are five times more founders than there are products — have been pleasantly surprised to find that their lipstick has been flying off virtual shelves at a remarkable pace.

To be fair, Sunnies Face's one lipstick, called Fluffmatte, comes in nine colors — not just one, and they all regularly require eagerly-anticipated restocking. And a lot of thought went into those nine shades. In an interview with Bustle, Ho says, "We started with over 350 testing colors in over 22 different formulas. It was non-stop testing on each and every skin tone. From Caucasian tones, to light-skinned Asian complexions, to fairer mestizas, to warmer tones, to richer morena skin — we tried it on everyone."

Ho says that the final nine colors were chosen because they look phenomenal on every skin tone; if it didn't flatter everyone, it didn't make the cut. That universality is regularly proven by the photos of both models and fans on Sunnies Face's Instagram, which has already gained nearly 130,000 followers since the brand's early-August launch.

It seems celebrity has its perks because although Aguilera and Sternberg are Americans, Sunnies Face and Fluffmatte are not yet available in the U.S. The brand is based in the Philippines; for now, it's available at two brick-and-mortar stores in the country and sold online only through the website Lazada. "We can’t wait to bring Sunnies Face to North America and have everyone try it," Ho tells Bustle, but that may not be for a year or more. If they can keep the price point similar to the one in the Philippines, however, Fluffmatte would go for about $7 each.

And by then, hopefully Sunnies Face will offer even more inclusive makeup for everyone to obsess over.