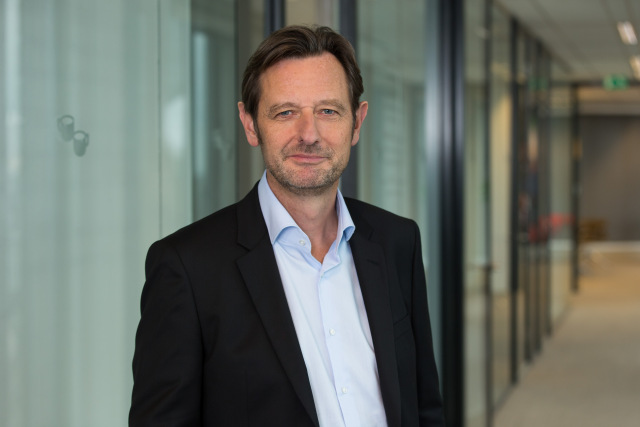 Coty Inc. may be gearing up to sell assets as part of its plan to turn the business around, according to industry sources.
Two sources said the business is considering divestitures, and one well-placed source noted the company is looking to shed between $500 million and $1 billion in assets. It was unclear which assets specifically were on the chopping block.
A spokeswoman for Coty said the company does not comment on rumors or speculation.
There is also speculation that Alejandro Vicente, senior vice president and global head of M&A for Coty, may exit the group once the divestitures are complete.
One source noted that selling assets could help Coty deleverage, which is one of the key tenets of the new management team's turnaround plan. Coty had about $7.4 billion in net debt as of March 31, the company said.
In July, Coty chief executive officer Pierre Laubies and chief financial officer Pierre-André Terisse said the company would now focus on deleveraging and profitability, and that investment efforts would center around 20 "mission critical" brands that are responsible for about 60 percent of total sales. Those brands include Rimmel, Burberry, Cover Girl, Wella, Hugo Boss, Max Factor, Gucci and OPI.
At that time, Terisse told Wall Street that divestitures were not part of the overall equation, including for the 40 percent of the business that isn't considered priority. When J.P. Morgan analyst Andrea Teixeira asked about whether non-priority brands would be shuttered or divested, Terisse said: "There is no divesting of brand plan or no divesting of skus. It's more reworking, the priority."
Terisse told WWD at that time that Coty would consider acquisitions as long as it remains able to meet the company's leverage goals, which include lowering the debt to earnings before interest, taxes, depreciation and amortization ratio to below four times. Asked about M&A, he said Coty "will have a look at the portfolio and take advantage of opportunities to make it better and improve it," which could be done by "adding more Asia, more skin care, more premium."
More broadly, Coty's turnaround plan includes sparking growth in core brands through better in-store execution, product assortments and media choices. In the longer term, it means building out the product innovation pipeline, too. The company is also planning to revamp marketing choices, rationalize sku's and simplify decision-making.
Part of that includes organizational restructuring and the appointment of regional heads. Edgar Huber, previously president of the Luxury division, will be appointed president of Americas and Asia-Pacific, and Gianni Pieraccioni will become president of Europe, the Middle East and Africa. Simona Cattaneo is taking the helm of the Luxury division, and Fiona Hughes will be appointed president of Consumer Beauty.
Coty has struggled since it paid $12 billion to take more than 41 beauty brands from Procter & Gamble. Many of those brands arrived in worse shape than anticipated, and some of them — particularly those in the Consumer division, like Cover Girl and Clairol — have not yet regained solid footing. Coty has also added other brands since that megadeal, including a majority stake in direct-selling business Younique, and taking over GHD and Burberry's beauty business.
For the most recent quarter, Coty posted nearly $2 billion in sales, down 10.4 percent from the prior-year period, with a net loss of $12.1 million.
Part of the company's sales dips in recent quarters were due to supply-chain disruptions, but the management team in charge of orchestrating the P&G acquisition and running the integrated business — Bart Becht as chairman and Camillo Pane as the ceo — left the business in late 2018. Laubies was appointed ceo immediately upon Pane's departure.
Becht later left Coty parent company JAB outright. Since then, JAB has upped its stake in Coty to 60 percent.
At the same time as Coty is said to be considering divestitures, the business — through Peter Harf, a partner at JAB — is said to be in talks to buy a majority stake in Kylie Cosmetics for $600 million. Coty has also declined to comment on that report.
For more from WWD.com, see:
Fixing Coty: New CEO Talks Turnaround
After Shake-ups, Can Coty Management Team Turn the Business Around?
Source: Read Full Article